"The horror has disappeared beneath the moss, but the thrill of the monument's endurance remains ...According to Anglo-Saxon prophecy, the coliseum is eternal. Romans believe that Rome will stand as long as the Coliseum stands. If it ever fails, the end of the world will come. It is hard not to fall for the romanticized stories about the sites in Rome, but for some reason this became my favorite." -Myriam Perez De la Rose

"I picked up my gladiator suit and got up the nerve to go into the Coliseum. This of course was (according to some) the most famous place to be in Rome. It was a pretty impressive place but the fact of all the cruel and inhuman deaths that happened there, gave it a strange spiritual significance." -Ryan Hourigan 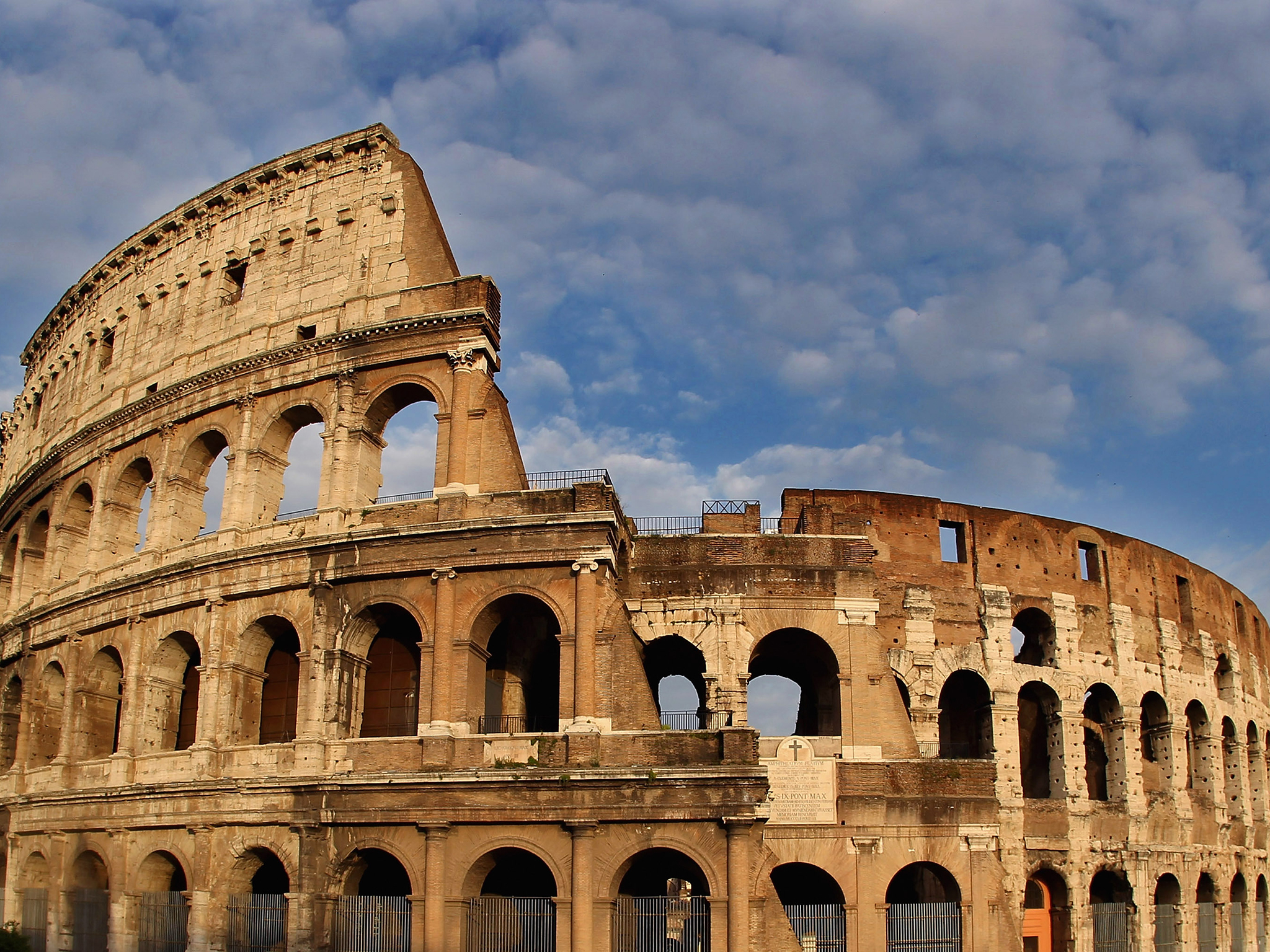 "I am in the Coliseum! What a rush! I stood there and looked out trying to imagine what it would have been like. We climbed the stairs to the second floor and I looked out over the balcony. I imagined myself as the emperor's daughter or as the Empress herself, standing before the masses- would I give the Gladiator life or death. Let him live this time so he can enjoy Rome and the beauty of life for at least another day! How awful! They must have been so terrified." -Jacqueline Ortiz

"Wow! The Coliseum made me realize that we are truly in Rome. I was a little disappointed, though, because they have put crosses all over the place. This is true about most places in Rome. It seems like the Christians needed justification for not tearing buildings down so they put Christians icons all over them. Oh yeah, and the stairs in this place are crazy. They are built at roughly a ten-degree angle and have just enough room for my big toe to fit on. I was told that previously they did not have railings." -Kara Baker

"I love the sea! All my life I have dreamed of touching these waters-the sea of the ancients. We have to pay to enter the beach. I happily run straight for the water as everyone gets ready to tan. I can tan back in El Paso but I can't play in the Mediterranean everyday! I'm so excited! The water is so cold! Little boys are slinging wet sand at one another." -Jacqueline Ortiz

"It was "Go to a Good Beach Day" and that's what we did. We hopped on the train and took the 62 to the nicest beach I have ever seen. The sand was that perfect temperature that warms your feet and makes them relax, and the sun was past the hottest point in the afternoon. It was perfect. I had never seen a man made shoreline, before. The water didn't even go to my mid-torso. I practiced my swimming skills, and my floating skills with some help from Scott." -Stephanie Valle

"When we got out of the water, I saw something very European: a female topless sunbather. Of course, it was one of those sunbathers that you feel like telling to please put a top on! But I didn't let that ruin the experience of being on a beach on the Mediterranean. I don't think anything could ruin that." 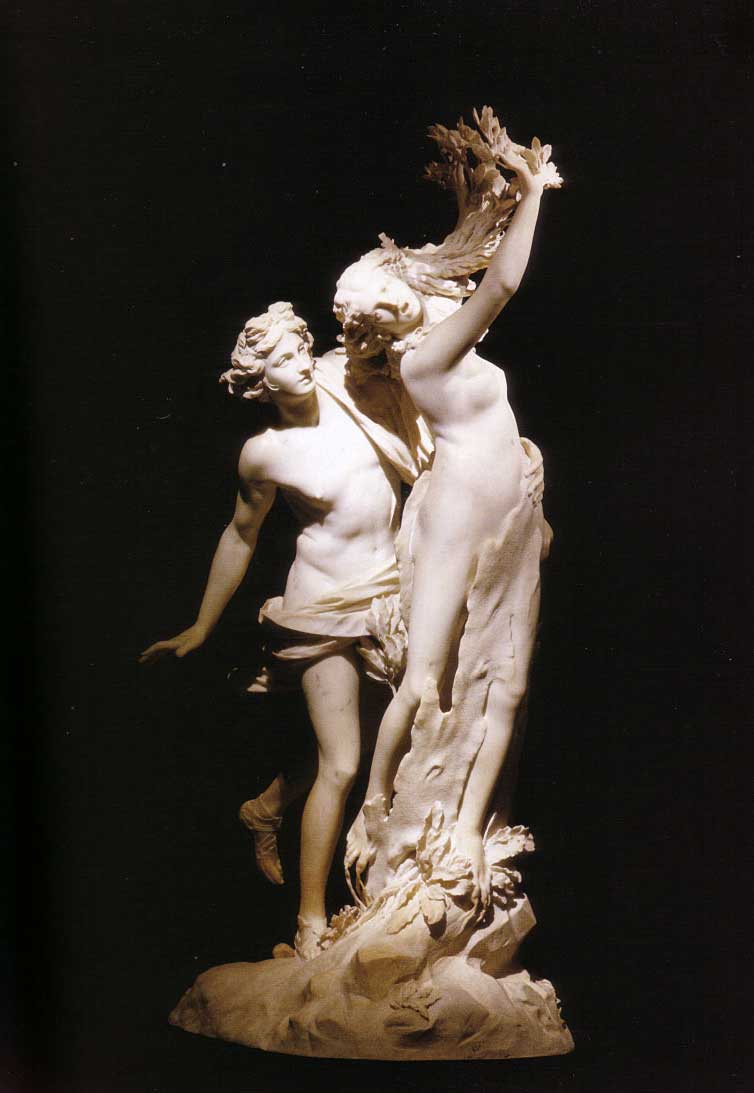 "In the next room was Bernini's famous sculpture of Apollo and Daphne. I immediately fell in love with it. I could not take my eyes off of the gorgeously intricate sculpture that was incredibly done by the hands of Bernini himself. I wondered what had moved him so to make such a piece. I wondered what he thought of as he sculpted it. Did he sing to himself? Did he feel joyous or was he in some silent agony that could only be brought forth by this tale of losing your desire in the moment of supposed glory?

I wondered if his hands hurt at the end of the day or if the sculpture came out the way he really wanted it to. When he finished it, did he stand back and marvel at his own masterpiece? I stared at the face of Apollo. His look of defeat made a twinge of pain surge through my heart. I too know what it feels like to have all you ever wanted right in front of you only to have it vanish as you blink moment too soon." -Jacqueline Ortiz

"Everything is fresh and it is rich in taste. I really enjoyed eating the sandwiches, croissants, and pizzas. I've never enjoyed food this much!" -Parisa Leduc

"I started this day off with some fresh strawberries and a free banana. There was this really cool young guy who was from "Sur de America" my less broken Spanish skills." -Ryan Hourigan 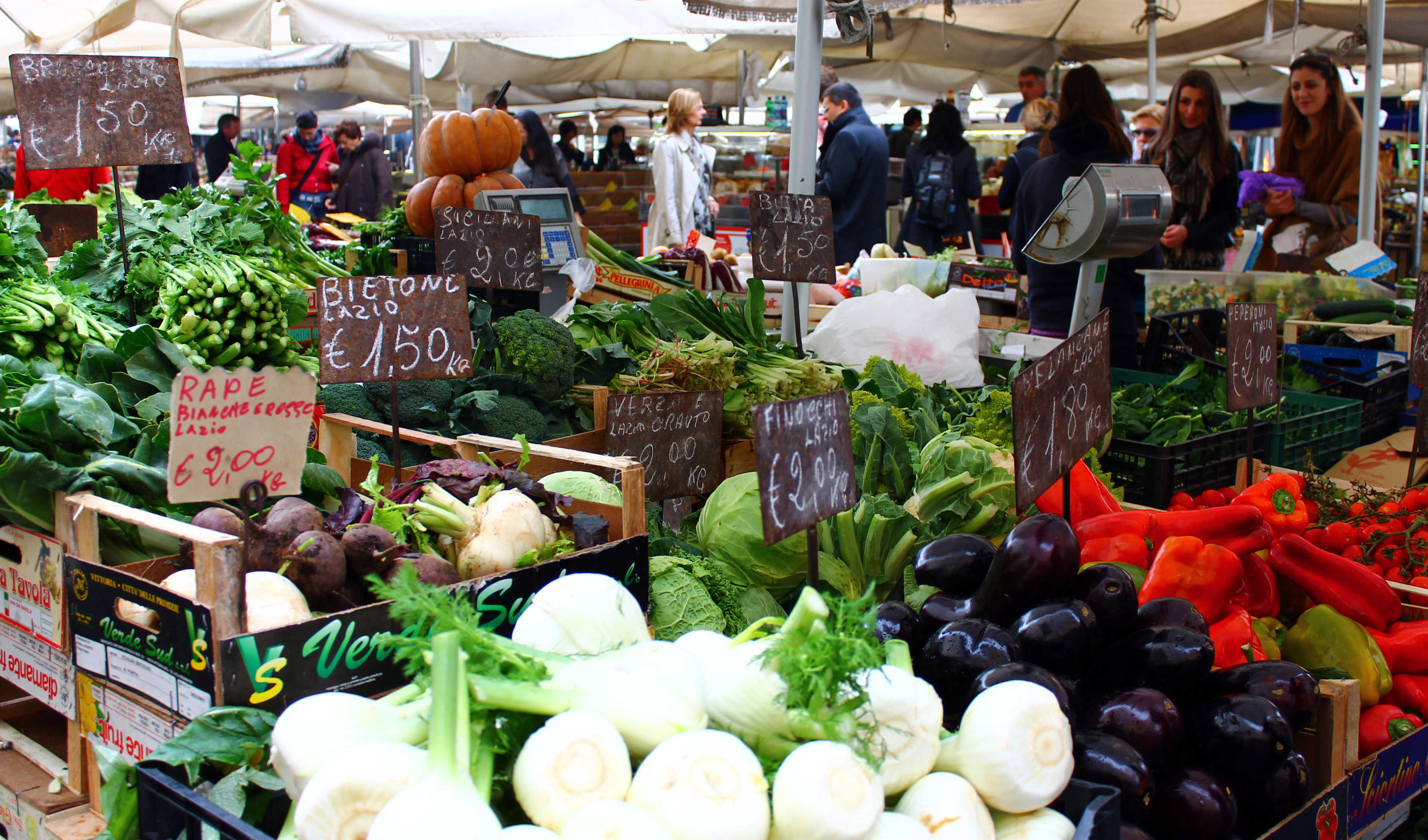 "Graffiti all around the buildings and walls really disappointed me. I didn't expect the city to have so much of it because it's Rome, and ancient city, and it should look the way it was left by the Romans. But what's interesting is that the graffiti adds a 'layer of Rome'. Rome the ancient city has grown into a modern city that comes with modifications: graffiti and garbage." -Parisa Leduc 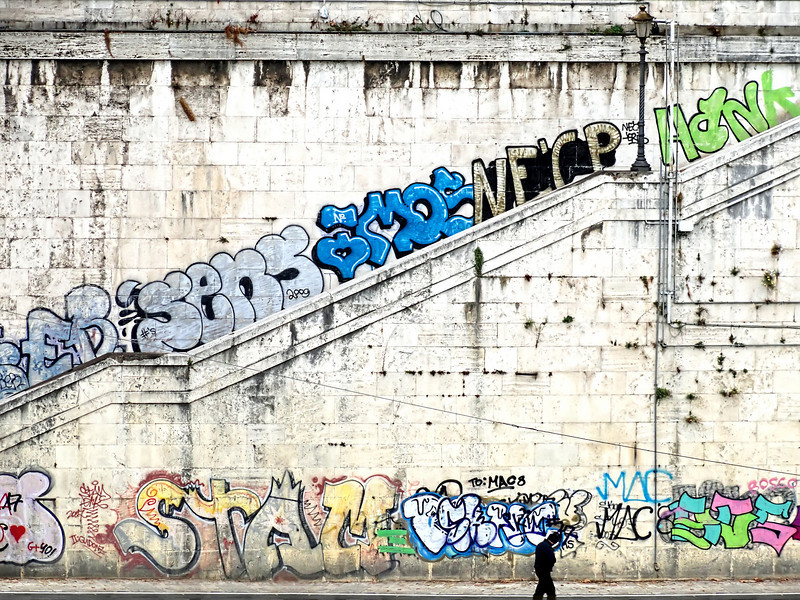 "I got up very early in the morning today. I didn't even have a chance to eat breakfast. I ran to the store where we had been buying our bus passes and got a last souvenir, cigarillos for my boyfriend. Then, as I was walking back to the hotel it hit me, this is my last morning in Rome. As we got into the taxi that was to take us to the airport, Dr. Weber and the professor from Oklahoma came and said goodbye.

Everyone in the taxi was quiet. I fought really hard to keep the tears in. I wanted to go back home and see my family; however, a big part of me wanted to stay in Rome. I felt that I belong in such a lovely city. As we headed towards the airport, not a word was spoken. We only heard the music that played in the taxi. "What a wonderful world" was playing, and I thought I will always remember my last day in Rome when i hear this song." -Gloria Najera 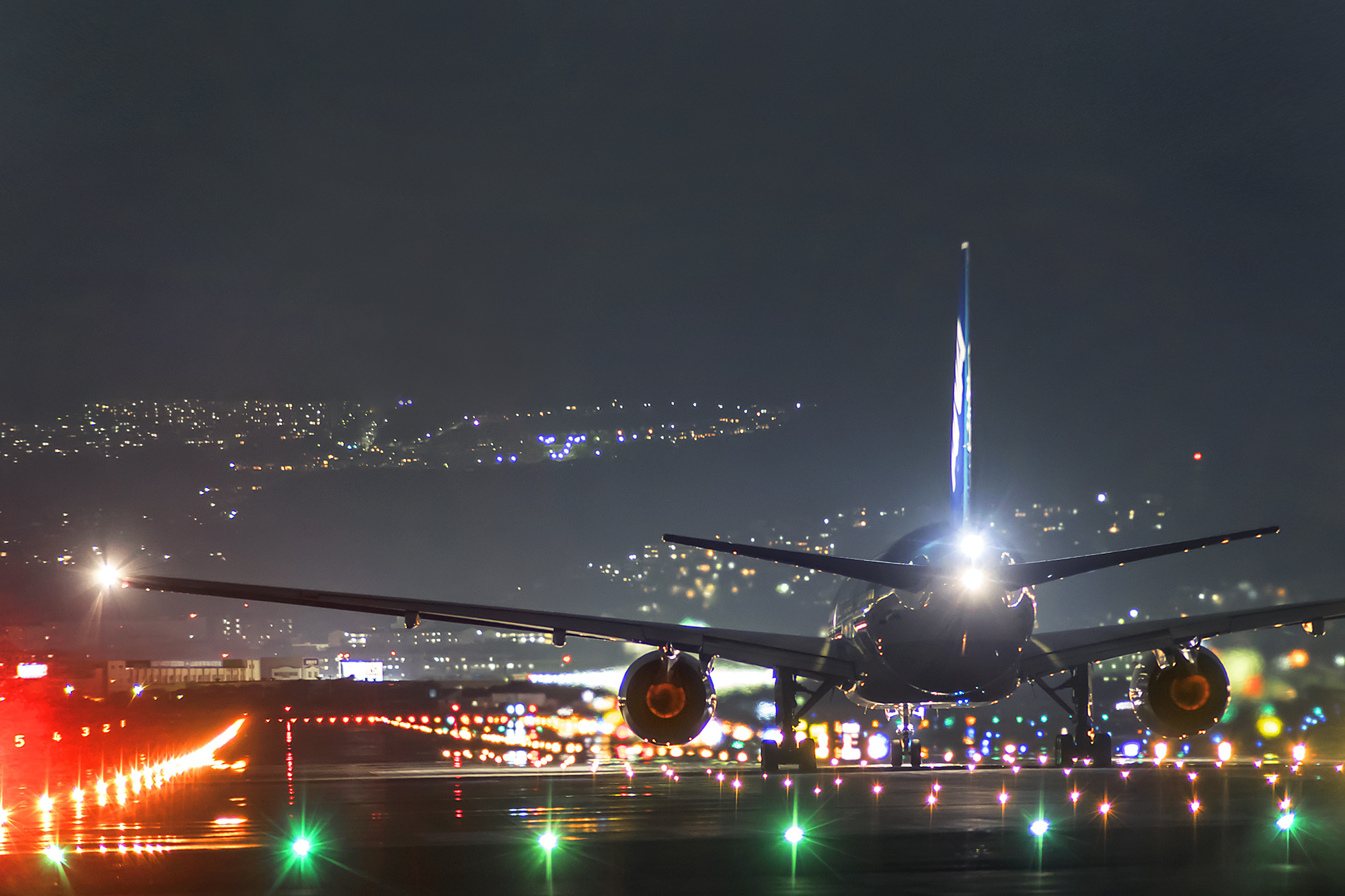